After some introductions and drinks from the bar, David Hagen (aka Papa Smurf) from the South Perth Bowling Club gave the players a rundown of the rules for the game.

He then set the attendees loose onto the pristine artificial turf of the bowling greens without footwear. In the first round, HFM pitted their abilities against Mike, Hayley, Chelsea and Stuart from AustCorp Recruitment.

After a well-fought battle filled with ‘hoots’ of excitement when things went well, and groans of frustration when things did not, HFM eventually took out second place after three ends.

While they waited for the remaining teams to finish the round, HFM nibbled on Asian fusion Hors-d’oeuvres and rehydrated with additional drinks from the bar.

Round two and HFM was definitely the underdog, as Bruce from the Curtin/All Saints College team set them straight on how the game should really be played.

After a strong start, HFM decided to throw consistency out the window in the hopes that would unnerve Bruce and his well-placed shots. In hindsight, this tactic was not the most successful modus operandi.

Many of the well-weighted balls that were slung thankfully missed the unprotected ankles of our opponents, and instead headed straight towards the ditch.

Despite a valiant effort from the team that would have made the cast of Crackerjack proud, HFM took out the silver medal. Finally, it was time to enjoy the bar and discuss the day’s heroic achievements with HFM’s fellow gladiators.

That concluded another successful Facility Management Association of Australia’s (FMA) event, with special thanks to the South Perth Bowling Club.

Many of the well-weighted balls that were slung thankfully missed the unprotected ankles of our opponents, and instead headed straight towards the ditch.

We offer tailored Engineering Solutions to improve the efficiency of any type of site, anywhere in Australia. Has the future of energy at your Strata Complex been considered? Has any consideration been made for safeguarding your complex against changing energy prices? Here are some of the solutions that could make a difference in your Strata Complex. The New Year has seen some changes to the HFM leadership team, with the appointment of Matt Holmes as Director of Operations and Rod Cridge as Head of Facilities Management. HFM’s relationship with the team at Greensense has been written up in an article on their website. Yardstick: A Tool for Energy Management.

When you engage with our Yardstick reporting platform each month, a comprehensive report will be issued to the landlord’s representative containing data on the performance of the entire building. 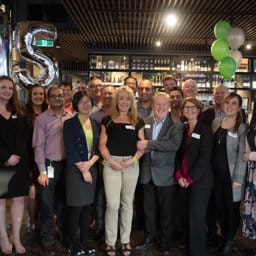 Fast-forward to 15 Years later, HFM now has offices in Perth, Sydney, Melbourne, Brisbane and Ballina; the company keeps growing and has been making a difference in hundreds of buildings across Australia. On the 5th of July, the FMA (Facilities Management Association of Australia) with sponsorship from HFM Asset Management, hosted their first of two Residential Strata Info & Network Session Our approach to Earth Hour this year is an open invitation to our team members, clients, friends and family to participate in the Earth Hour campaign. Together, we can take this opportunity to look at the stars! The main topic of this event was “Powering Australia”, and it included an analysis of the energy landscape, the impact of the National Energy Guarantee and the current energy challenges facing the property industry. HFM Announced as Finalists in PCA Innovation and Excellence Awards.

We are pleased to announce that we have been selected as one of the two national finalists for the Diversity Award at the 2017 Property Council of Australia /Rider Levett Bucknall Innovation & Excellence Awards in the <250 employees category. On Friday the 14th of December, HFM staff came together from all over the country to celebrate the staff Christmas Party in Perth.

HFM at the National PCA Innovation and Excellence Awards.

HFM’s leadership team encourages diversity in the workplace not only through day-to-day activities but by incorporating this notion into the company’s long-term strategic decisions. Nearing the end of another successful year, the HFM team celebrated the Christmas 2019 with a weekend trip to Cervantes, Western Australia. HFM’s Continued Support for the AFL Community and the West Coast Eagles.

For the 3rd year in a row, HFM has supported one of the WA AFL team’s, West Coast Eagles, through the purchase of Premium Hospitality Boxes and Suites for the AFL season. HFM was proud to be the National Supporting Partner for the recent Residential Strata Information & Network Sessions. The most recent was held by the Facility Management Association… Traditionally, 1 July sees annual increases to electricity costs across the South West Interconnected System (SWIS) and the Horizon Power network, and this year is no exception.